My son has mt-DNA haplogroup K1a1b1a, which he inherited from his mother. She inherited this from her mother, who inherited it from her mother, Ethel Tenure, who inherited from Mildred Tabor, who inherited it from Sarah Simons. Sarah was born in Maryland in 1867 to an English born mother but moved to New York in 1900 to raise her family. ​
updated live from WikiTree
Haplogroup U appeared in west Asia about 50,0000 years ago among the first wave of humans to migrate out of Africa. Haplogroup K diverged from U from 35,000 years ago and K1a appeared between 19,000 and 22,000 years, arriving in Europe in the Neolithic age over 12,000 years ago. Today, K1a is the most common haplogroup in the Levant, the region composed of Cyprus, Israel, Jordan, Lebanon, Palestine, Syria, and part of Turkey today. Up to 32% of Jews and 50% of Ashkenzi Jews have K haplogroups.

The term "Ashkenazi" refers to Jews of mainly central and European ancestry. In 700AD, a small number of Jews migrated from northern Italy into the Rhineland of Germany. Originally numbering around 25,000 people, their population swelled to over 8 million by the beginning of the twentieth century, before the Holocaust. In the later middle ages, a series of expulsions from German city states drove the Ashkenazim eastwards into Poland, Belarus, Russia, Ukraine and Baltic states. Beginning in the 17th century, England began to re-admit Jews and throughout the 18th and 19th century progressively passed laws of religious tolerance. Some Ashkenazim migrated from the east to England during this period.

Although we were unaware of Jewish ancestry, we found some paperwork indicating that Mildred Tabor was Jewish. Since almost 20% of Ashkenazi Jews have the K1a1b1a haplogroup and it is rare among non-Jews, this genetic discovery supports our genealogy research. Autosomal testing of my wife and her mother are also consistent with this discovery, showing that they are 1/8 and 1/4 Ashkenazim respectively.

Several of my wife's genetic cousins have grandparents born in eastern Europe, consistent with this heritage. Since Sarah Simons reported that her parents were born in England, its likely that they or their parents emigrated there sometime in the early 18th or late 17th century, as England reopened itself to Jews. However, Sarah and her husband, while most certainly of Jewish ancestry, were practicing Lutherans. We are not sure if they converted after their marriage in 1892 or their parents had converted earlier. 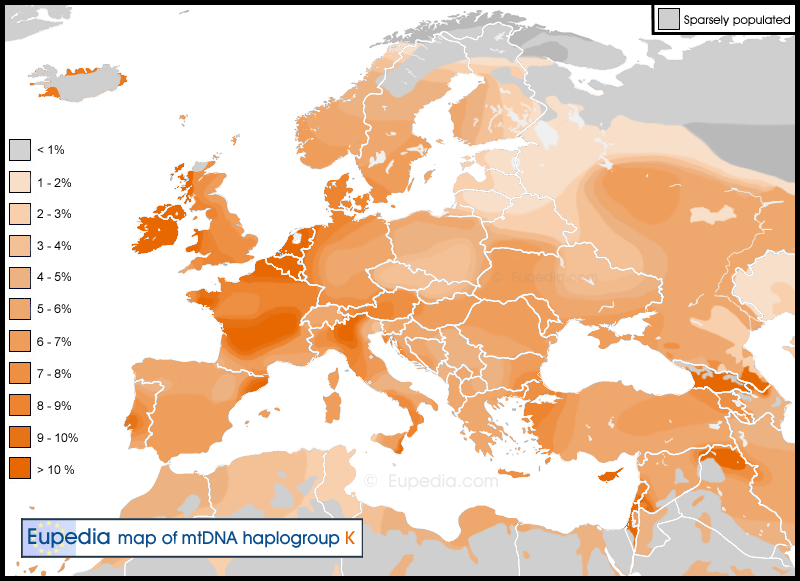