​My father's mtDNA haplogroup is I1a1e. He inherited this from his mother, Grace Davis, who inherited from her mother, Emily Campbell, who inherited it from Emma Jane McGregor, who inherited it from her Scottish born mother, Amelia.
​
updated live from WikiTree
The earliest ancestor with the I haplogroup is thought to have lived 30 to 40 thousand years ago in the Caucasus Mountains or northeast Europe, where it is still relatively common today. Intermarriages between Caucasian women and the R1b cattle herders travelling west from Asia would have carried it across southern Europe during the last ice age. As the glaciers receded about 12 thousand years, the haplogroup would have gradually diffused throughout the rest of Europe.

Alternatively, DNA testing of the remains from ancient Danish graveyards, though, show that they had a much higher incidence of this group, up to 10%. Viking settlers from these countries may be responsible for the higher levels in Scotland and Ireland. While the Viking DNA contribution would have been swamped by the native Britons, as long as Viking women and their descendants continued to have daughters, their mt-DNA would survive. 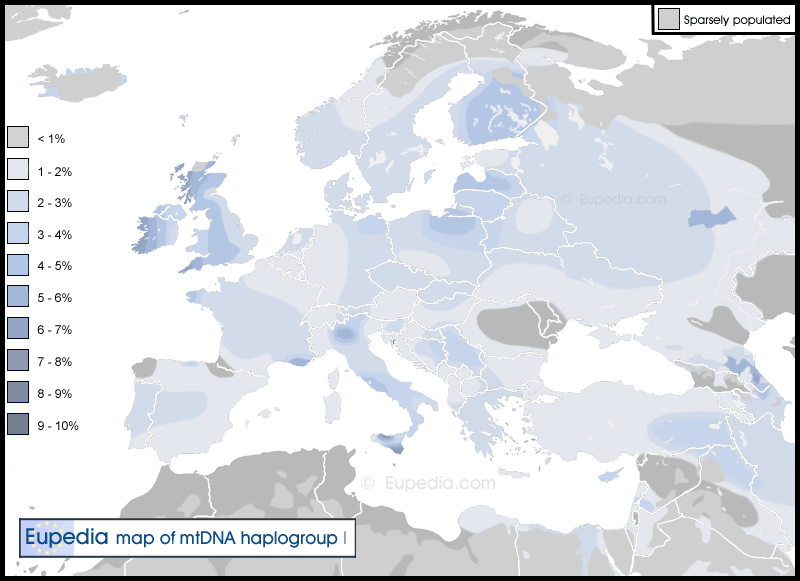