The Simpson yDNA haplogroup is  R1b1a2a1a2a6   according to ISOGG, meaning there is a mutation at the Z2571 SNP, downstream of R1B-DF27.  However, I also tested positive for Y8407, downstream of Z2571, which confirms me for a haplogroup nicknamed Rox2. This haplogroup has not yet been added to the ISOGG tree so there is no formal ISOGG designation. A test completed by a 7th cousin who shares William Simpson (d. 1757)  as a common ancestors shares a block of mutations with me, starting with snp FGC39762.  Since yDNA is passed exclusively from father to son, this bit of DNA would be almost identical in my grandfather, father, me, and my son.​

YFull Y-DNA report for my genome.
updated live from WikiTree
​My earliest ancestor with the DF27 mutation lived very roughly about 4,500 years ago somewhere in western Europe, possibly in lands of modern day France. This man, perhaps my 160th great grandfather, was possibly part of a large migration of horseback riding, Indo-European speakers that displaced the bronze age inhabitants of much of Europe. While the descendants of the man who first exhibited the DF27 mutation spread across much of western Europe, including the British Isles and parts of Scandinavia, most men with this mutation today have ancestral roots in the Iberian peninsula, southwest France, Spain, and Portugal.

My forefathers may have been among those who then migrated to Scandinavia, where their family lived for the next two thousand years. Then, about 1200 years ago, one of my forefathers, possibly my 50th great grandfather, donned his chain-mail shirt, boarded a Viking dragon ship, and sailed for the British Isles or the northern coast of continental Europe. Or he just put on a normal shirt and sailed from Frisia because he was a simple trader. If you hadn't realized by now, this is all highly speculative. During his adventures, which may have included murder, rape, arson, brigandage, and trading lumber, my forefather left behind at least one son, my 49th great grandfather.

My 49th great grandfather survived and had more sons and the family continued for another 30 generations, ending up in the lowlands of Scotland. Roughly about 1500, my 15th great grandfather, a man named very likely named Simon, had a son who took on the surname of Simson, the son of Simon. At this time, cultural change was slowly transforming Scottish culture to something more European, including the adoption of permanent surnames. When my 14th great grandfather had a son, he also inherited the name Simson.

When pronouncing Simson, a “p” sound naturally creeps into the name, changing it to Simpson. However, the “q” Celtic or Gaelic language of the Scots didn’t include that letter so the name here remained Simson. After a couple generations in the English speaking American colonies, though, the p crept in and the name morphed to Simpson.

My closest Y-DNA matches also have the Simpson surname, one who is a descendant of William Simpson (1708-1757) of Delaware and another who is a Scotsman, with whom I probably share a common ancestor back in the 17th or 16th century. I have several matches with men who possess the surnames of Campbell, Tory, and Dodd, all with lowland Scotland or Northern Irish ancestors, except a group who live in Sweden, some of whom speculate that our common ancestor may have been a Norseman.

Of the over 100 Simpson men that have tested their Y-DNA, I am related to only two, one of whom I had encouraged to test. Given that this name is a more modern Patronymic ("son of" name), it's not surprising that few Simpsons actually share a paternal ancestor in the last few thousand years. 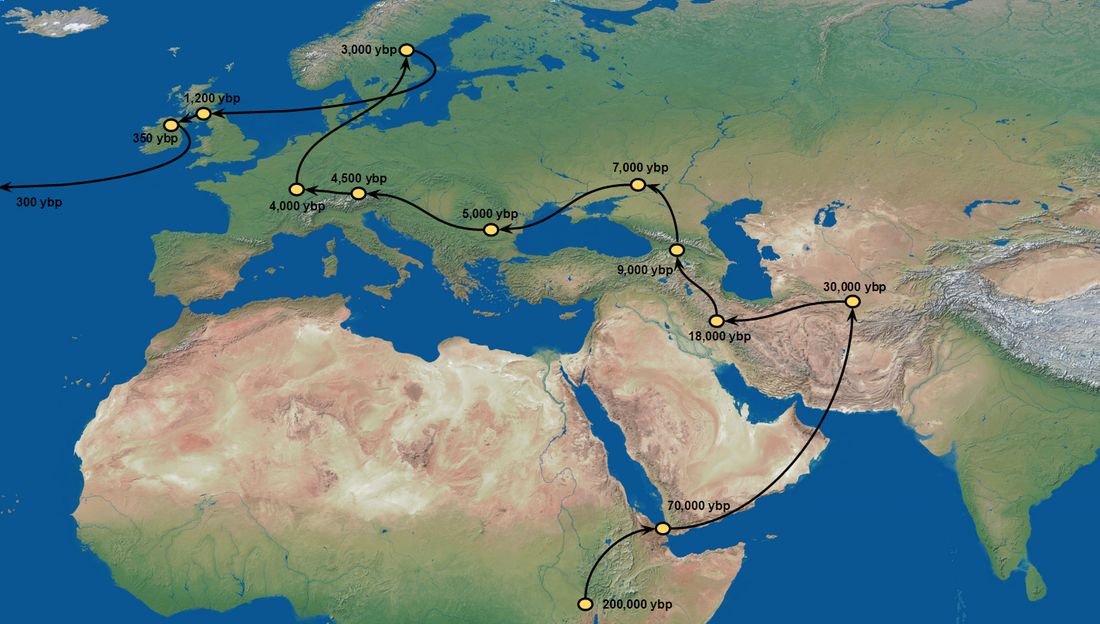